Adapted from a column by Archbishop Justin Rigali which appeared in the Feb. 5, 1999 edition of the St. Louis Review.

Till it continues! The sense of excitement and spirit of enthusiasm abound! Almost everyone with whom I speak — both here and around the nation — has something very positive to say about the great impact of the Pastoral Visit of Pope John Paul II to the Archdiocese of St. Louis.

The observations they make are often personal ones about the encouragement — as well as the challenge — of the Holy Father’s message. They speak too of how their own faith has been confirmed and strengthened by the inspiring example of the Pope, and by the powerful witness of the many thousands of people of all ages representing the rich diversity of the metropolitan community who saw the Holy Father along the motorcade routes or were in his presence at the airport at arrival or departure, the Kiel Center, the America’s Center or the Cathedral Basilica of St. Louis.

People continue to speak of the pastoral love of the Pope which was so conspicuous throughout his time among us. They note the warmth in his eyes at each personal encounter in all the places where these occurred. They remark about the special exhilaration of his interaction with the youth at the Kiel Center, and the very moving sight of his embrace of the children when he presented his personal message to representatives of Cardinal Glennon Hospital.

So many have spoken of a deepened faith in our Lord Jesus Christ on account of the Pope’s visit. So many have spoken of a renewed pride in being members of the Catholic Church! And so many have spoken of a heightened sense of solidarity with their brothers and sisters in Christ, as well as with all people of goodwill who have experienced the blessings which have been the fruit of the Pope’s time in the Archdiocese of St. Louis. Such observations bring to mind the words which I recently wrote saying that, for all who open their hearts to the truth of the Holy Father’s words, their lives would never again be the same!

Who was not impressed by the deep spirituality of the Holy Father? He is so obviously a man of intense prayer. Who was not moved by his great heart and his unfailing spirit of determination which are characteristic of his generosity, enabling him to give of himself so completely? We were all inspired by the power of his example!

It is not too soon to say that the Pastoral Visit of Pope John Paul II to the Archdiocese of St. Louis has been a spiritual event of lasting significance for more people than can ever be counted, and — because of the extensive coverage of the media — in more places than will ever be known. 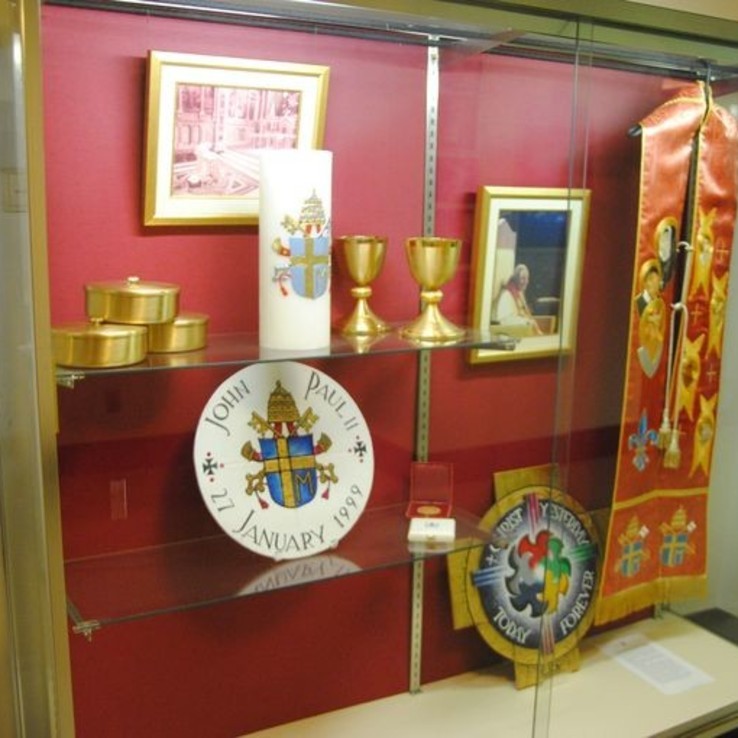 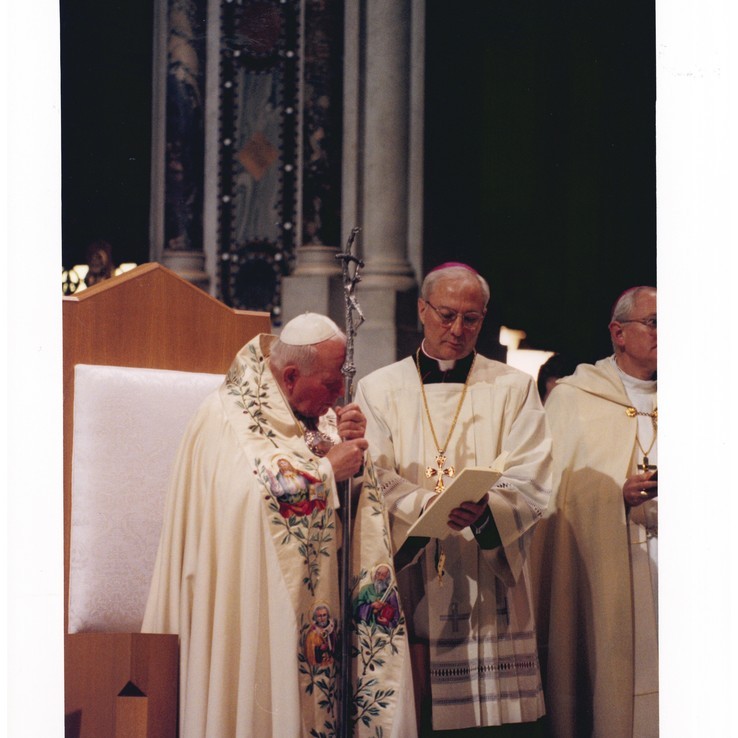 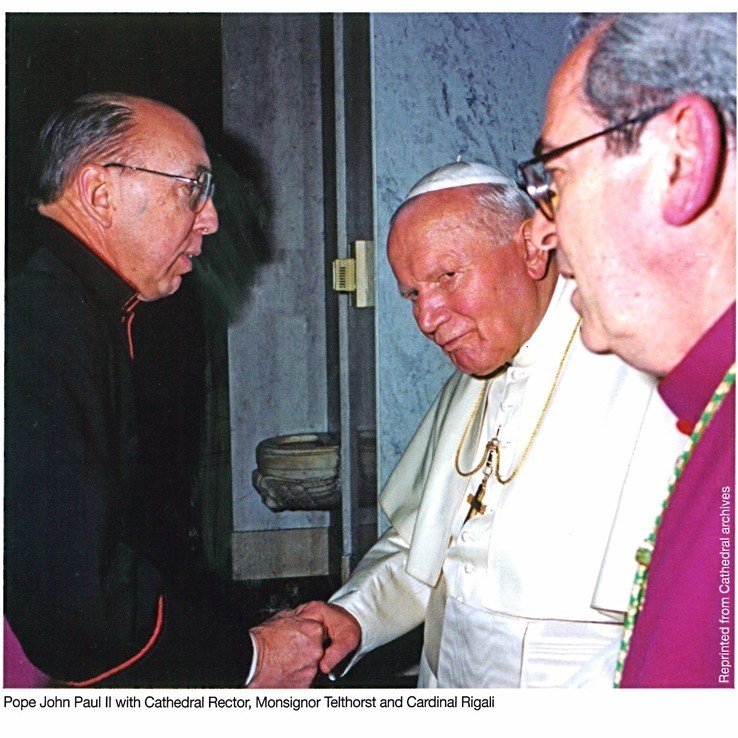 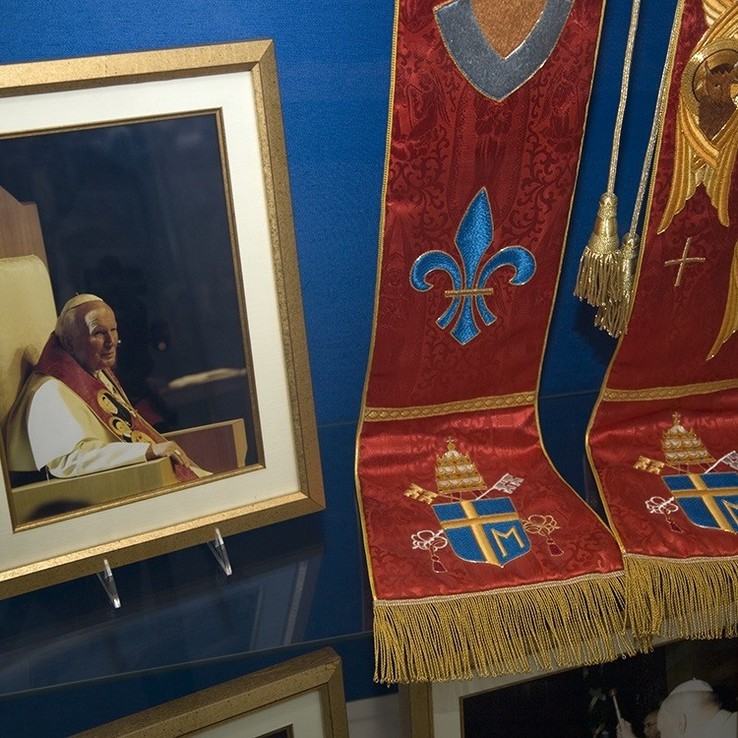 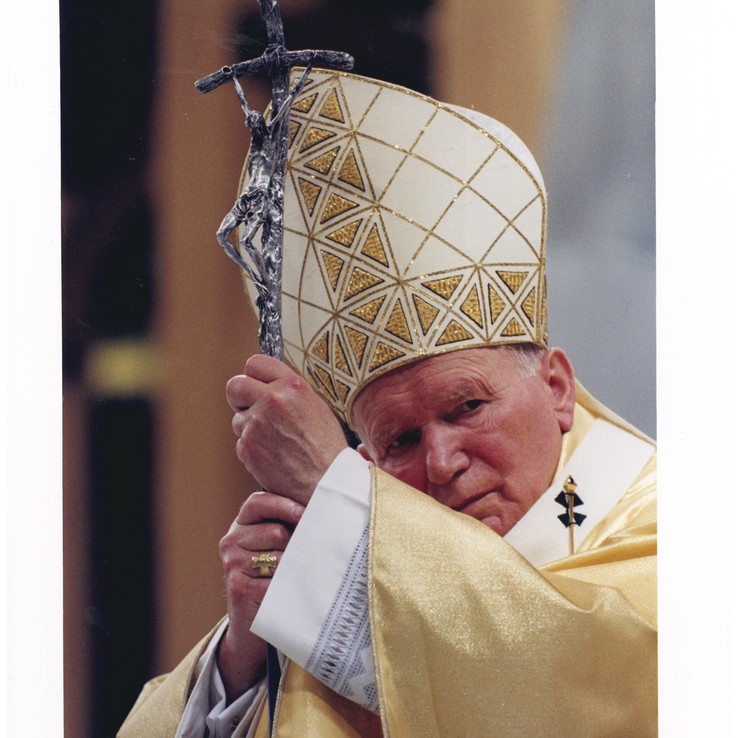 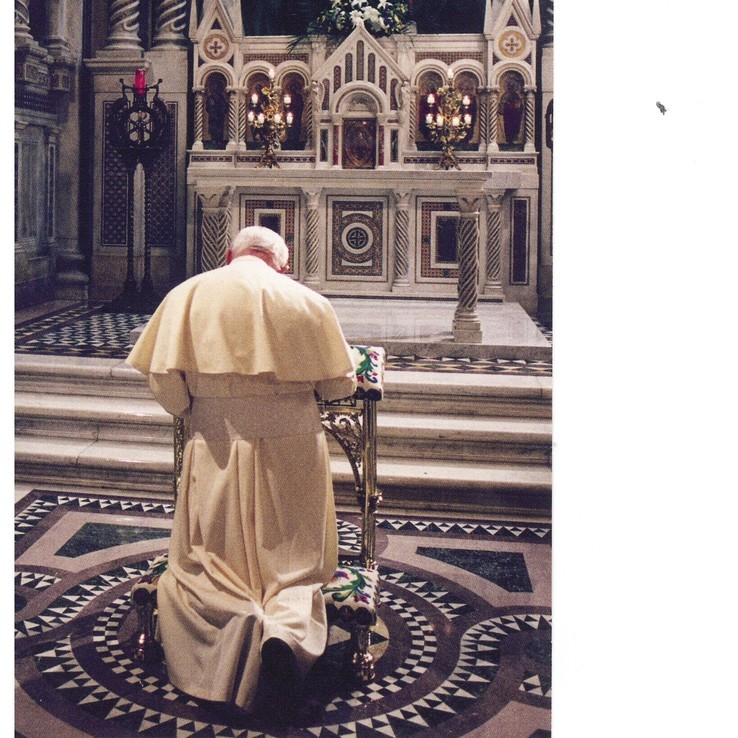 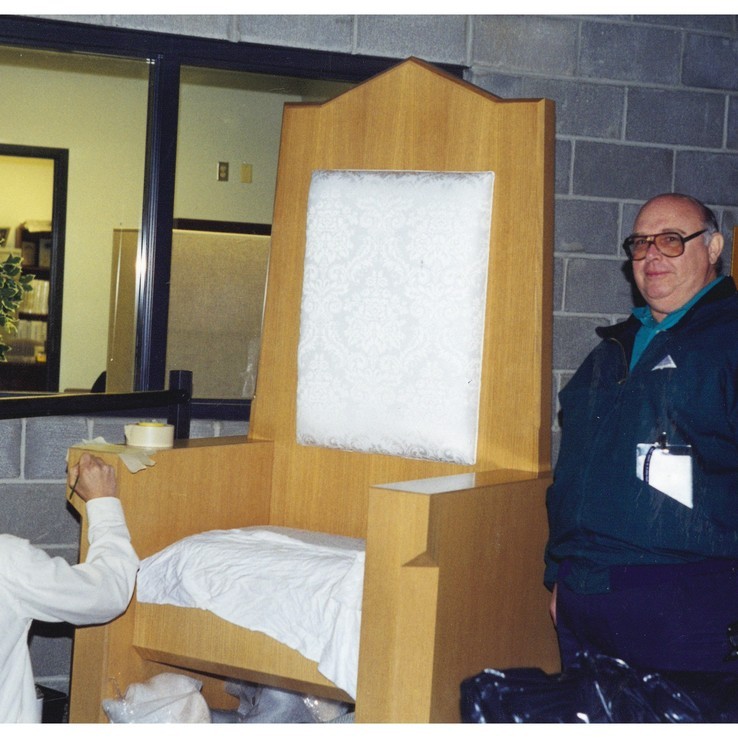 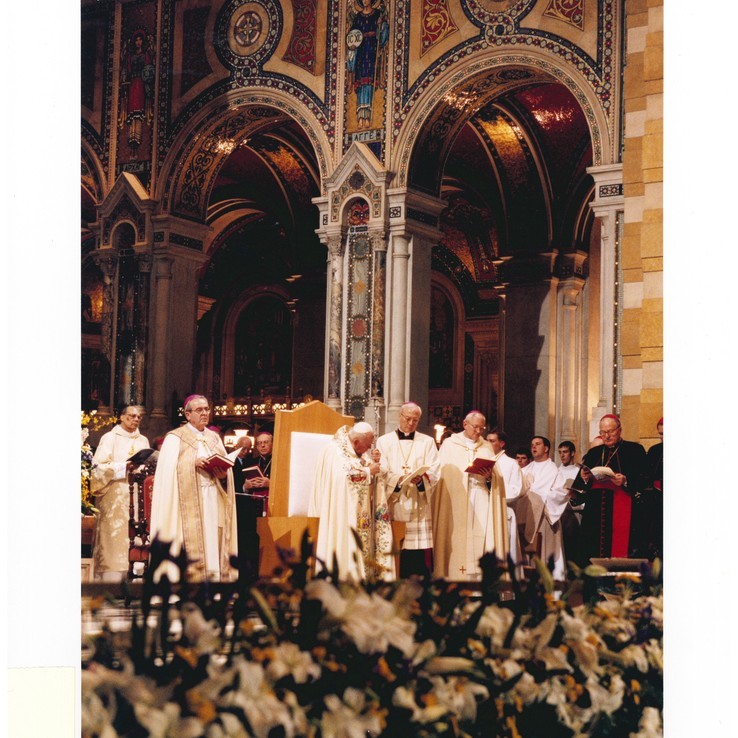